How bad IS WikiLeaks?

WikiLeaks, under huge pressure right now by the US Government, recently revealed more information about nefarious doings by US diplomats.
'U.S. diplomatic cables released by WikiLeaks reveal the Bush administration drew up ways to retaliate against Europe for refusing to use genetically modified seeds. In 2007, then U.S. ambassador to France Craig Stapleton was concerned about France’s decision to ban cultivation of genetically modified corn produced by biotech giant Monsanto. He also warned that a new French environmental review standard could spread anti-biotech policy across Europe.'

The French do have a reputation for going in their own direction. And they have influenced the EU to ban GMOs.

This latest cable shows that US Diplomats in Europe were instigating their own government to find ways to PUNISH the EU farmers because they did NOT want to buy MONSANTO genetically modified seeds (GMOs) or food products! The side effects suspected by GMOs is staggering, including modified organisms that have NEVER been in the human food chain! The recent upsurge of allergies in children for instance, is being blamed on global warming ... but ...
Strangely enough, while linking this subject of Monsanto and GMO side effects, I found more than a few websites about this subject to have redirections or other insertions that disallow you to see the site. Hacking? By who? Let your own mind mull that one.

Many who have travelled or visited France, understand their reverence for food. The French style of food production, preparation and quality takes precedence over everything else! When you are on a passenger train, it can actually be rerouted to a side rail while a food train bringing fresh Strawberries from Provence to Paris races by at breakneck speed, so important is that freshness. And dining is what many tourists go to Europe for in the first place. American lobbyists have for decades been trying to change the German Purity Law (reinheitsgebot) to allow certain chemicals and ingredients to be added to beer brewing. GMO wheat for one example.
The EU has banned GMOs in general, but you can see that they are under huge pressure to change.

It is estimated that in North America, 80% of all the foods we now eat contain GMO products. Which by the way, are suspected of all those harmful side effects or possibly even DNA altering effects? Compliments of Monsanto Chemicals and others. And many wonder why the FDA is not protecting Americans?

It was also revealed in the latest cables released that some US diplomats were working directly FOR Monsanto! No wonder the USA is mad at Julian Assange but we can only hope they keep revealing these things.

Is WikiLeaks all bad for spilling this? Didn't they also reveal lately information about how the big banks cheat the world? Didn't they also reveal the duplicity of the Chinese with information showing while they were calling for the West to reduce satellite potential weapons they were secretly developing their own? Do we want to continue to hush and pretend these revelations don't concern us? Will we go on believing that the powers that be are working in OUR best interests? Is America complicit in their attitude to corporations who have no interest in the well being of the populace other than profit? Is the USA becoming the rogue state in the world! Are there things we need to know that no one but WikiLeaks will tell us? 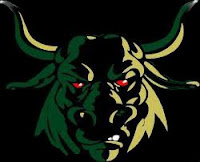