You really need to be informed about this one.

How ever can we know anything about Malaysian fight MH370 if the powers that be are obfuscating the information we get? Is there something else in play here?  It seems that certain aircraft around the world have little documentation about ownership and where they fly.

Just read this article about a mysterious USA jet (N604EP) that landed in Iran! A country prohibited by the American government! No one knows why it was there, who was flying it, or even who owns it! US companies can’t do business in Iran, and you can’t bring an American-made and registered plane there without specific approval from the US government. Inquiries have only met with 'no comment.' from officials.


If the Bank of Utah can be trustee for hundreds (1169) of American aircraft, even fleets of planes, which have free flight access to fly anywhere in the United States, how can we ever expect to find out what really happened to MH370? Thousands of miles away in another country.
The talking heads on CNN are beginning to openly speculate that something else is going on down there in the South Indian Ocean. And how can we defuse a future potential 9-11 when we know nothing about so many of these aircraft?

The group of watchers and photographers who have taken it upon themselves to record the activities as well as they can about aircraft movements around the world should be encouraged. 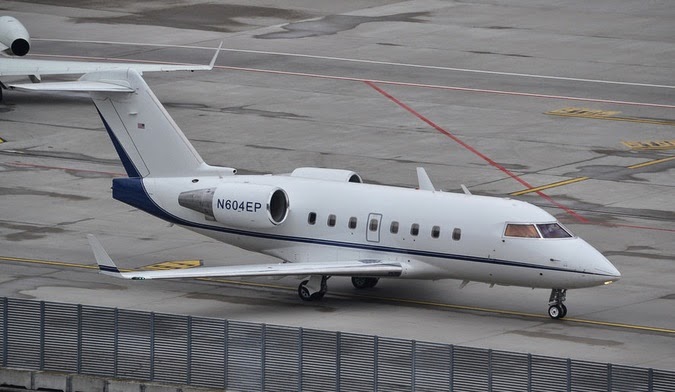 Clues are emerging. N604EP was spotted in Zurich, Switzerland on January 22, 2014, around the time of the World Economic Forum in Davos. That narrows the list of possible owners down to over 2600 powerful people.
The plane was also in Accra, Ghana on January 3 and in Luton, England on October 1 of last year and February 16 of this year. And this is only one of those 1169 the Bank of Utah has interest in. Who knows how many other banks own by proxy how many more aircraft? A government watchdog warned last June and again in January that non-U.S. citizens have registered 5,600 planes with the Federal Aviation Administration through trustees, concealing the owners' identities. And the trustee, the Bank of Utah, has no idea who those owners are! This plane-spotting activity, the photographic and information recording about airliner whereabouts and private flights is very popular outside North America. It may be time to encourage it here.

What's the relationship between MH370 and N604EF?
It all just points out the chilling fact that we people know nothing about the activities of government, shadow government, the FAA, banks dabbling in aircraft, private industry or corporations who are operating planes right in our midst. And seemingly impervious to interference by the very people who are doing all the scare tactics under the pretense of protecting us from evil.
Is it evil versus evil versus us? Do the people have literally no voice within the government who will cry out for honest disclosure? Whatever political parties are in control of government, they seem to be following the same enigmatic agenda, and it doesn't coincide with the aspirations of the populace.
Does the circle lead right back to United Airlines flight 93, N591UA that went down to oblivion in Pennsylvania?

This is yet one more example that reveals we don't really know who the evil is?

Posted by HelloWall at 7:04 PM No comments:

Links to this post
Email ThisBlogThis!Share to TwitterShare to FacebookShare to Pinterest
Labels: Airplane ID, Bank of Utah., Iran


In 2014 results of a study published in the
Proceedings of the National Academy of Sciences of the United States of America showed that official reports on emissions were not high enough. Report authors noted that, emissions of organic substances with potential toxicity to humans were the (PAH)s  phenanthrene, pyrene, and benzo(a)pyrene, and that these emissions had been previously unreported.
Bitumen extracted from tar sands has the consistency of peanut butter and must be diluted to flow through pipelines. And that's just the beginning.

Pipelines used to simply dilute heavy crude with lighter oil and pump it. But bitumen is not heavy crude. It needs chemical dilution and heating to move through a pipeline.
Pipelines carry this diluted bitumen, also known as dilbit, from Canada's tar sands region. Dilbit is harder to remove from waterways than typical light crude oil, often called conventional crude, that has historically been used as an energy source. Bitumen sinks to the bottom and creates a dead zone for live creatures and plants while the stream above may look somewhat normal. Experts and scientists in the pipeline business are very shy about being interviewed about dilbit. The exact composition of the chemicals, collectively called diluents, is considered a trade secret. The diluents vary depending on the particular type of dilbit being produced. The mixture often includes benzene, a known human carcinogen. We don't know what else.

In Canada, DilBit is not subject to any additional safety regulations. This is one of the reasons why it’s hard to compare DilBit’s safety record with that of conventional crude. In public statements, Enbridge constantly hides information about DilBit in “heavy crude” statistics. We know diluted bitumen is used from the Tar Sands. What's it diluted with exactly?

There is general information available about dilbit but even that cannot be published. It can be copied for personal use but you have to find it yourself. If your backyard was full of that black dilbit from a pipeline spill, you would not be able to get the exact composition of it from the industry. This could be crucial for health reasons, in the event of a spill, first responders would not even know what chemistry they are dealing with!

The environment is a major concern surrounding the rapid industrial development in the Athabasca oil sands region. It should be of great concern to everyone. The tar sands region of Alberta, Canada is the third largest petroleum reserve in the world. Be watchful folks.

Is this rapid development? The tar sands from 1984 to 2012 in overlapped pictures.


Doesn't quite look like that teeny little patch in the green forest that Enbridge is selling us, does it?

Posted by HelloWall at 10:18 PM No comments: