What was someone up to in that first Trump - Clinton debate?


But here the University people are missing the point, that man can take away any notes Hillary might have made, UNLESS, they were notes from Donna Brazile with the questions, which was later admitted by Mz Brazile that she supplied questions ahead of time to Clinton, and not that the podium is lit, (Trump's screen never lit)  but should hers have been? And were there prompts supplied from somewhere else to Secretary Clinton and she may be receiving secret messages via that screen? Is there an electronic device in the podium that must be removed quickly after the debate to avoid discovery? (grey-haired man in glasses?)

But what is intriguing to me is that RED light in the darkness that flashes as she reaches the podium at the start, (at 0:43) exactly when her podium screen lights and then flicks again at the end of the debate (3:00) when the teleprompter screen goes off. Is it a wireless impulse turning ON a connection just like your TV remote? Is someone out there in the dark transmitting electronic signals?

Is the prompter screen telling Hillary information during the debate? Could it be help from several people tucked away in a separate room somewhere with answers and advice? Even with Donna Brazil's cheating did they have even more help for Hillary?
Was part of her cadre tucked away in a room off site? Perhaps in an electronic van from her motorcade? Incredible? Maybe. But did you know that US drone missions in Afghanistan are flown by pilots in a room in Minnesota? Reality.

So it is proven by multi-videos that Hillary's podium had an active screen when Trump's didn't. So in a debate, it is supposed to be one on one, questions and answers and zingers. But you are supposed to be on your own out there, thinking on your feet, showing voters how quick you are in the mental department. Having a secret room full of stealthy participants using spy technology to give you a head start is not allowed.

Hillary Clinton's podium appears to have been outfitted with a special light that Donald Trump's didn't have. The light could have been functioning as a teleprompter to feed Hillary answers. There were multiple people paying attention to her podium after the debate and they were clearly tampering with something. Especially a man with grey hair and glasses dubbed the cleaner man who approached her podium and was either picking up items or putting something in or possibly doing a swap from a tampered device to the original legit device? The Hillary device being one that could accept info over a wireless channel?

There are many videos which show that little grey-haired man in glasses doing something at her podium. Tampering? Removing evidence of cheating? He takes away some papers, but what item does he pocket discreetly? No one seems to know who he was.


And this election is for the President of the United States. Anything goes. Even cheating.


But those earrings.
Can earrings be made into wireless transmitters or more important, wireless receivers? Of course they can, that technology is not even new, and miniaturization has made it possible to hide it anywhere! Cameras are buttons on your coat now, and receivers are simple ear pieces fitted to the inner ear, or easily built into a nice pair of gold earrings! 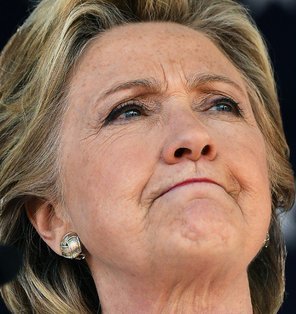 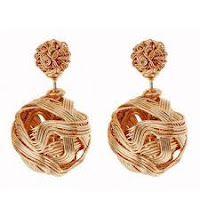 All are receivers, spyware. Bond has nothing on Hillary.  She has her very own 'Q'.
The three debates. Same earrings?

But anything goes? Was it all 'rigged' as The Donald protested so often? Donna Brazil even said so later, after she got caught.
Hillary cheating? And who else is cheating. The MSM is constantly under attack of late because the public are beginning to believe they cheat too. Fake News has entered our lexicon with a flash. Who knows where it is headed? Stay awake folks.

We haven't even got to the square bulky thingy under her jacket, which her cast of characters said was an anti coughing device! lol. And the picture was part of the after debate handshakes which clearly shows even the wires running up her jacket inside. But odd yet again that NBC shortened the video from 2 plus hours to 1:39. Nicely cutting out the footage that contains this incriminating shot.

So you cannot see this part anymore. So thanks to all the watchers who are smart enough to record things like this the first time. It shows a serious threat to truth by people with a treacherous agenda.

The deception never ends, does it?

Posted by HelloWall at 5:39 AM No comments: