Police militarization, what does it mean?

Is a para-military coup in the offing?

There are many signs emerging from actions across America that portend something ominous.

It might have started when the Denver Post,on February 15th, 2012, ran an Associated Press article entitled Department of Homeland Security plans to buy 1.6 BILLION rounds of ammo!  DHS issued an open order for the ammunition. Some of that purchase order is for sniper rounds, and hollow point rounds which are illegal in International Law for use in WAR! Hollow points are described as optimum penetration for terminal performance. Terminal. As in terminating whomever they hit!
In the Iraq war, the US Army expended only 6 million rounds per month. 1.6 billion rounds would, according to Forbes Magazine, sustain a war for 20 years. In America. The DHS now has over 100,000 armed officers. Some are wondering why the Department of Homeland Security is building a standing army on US soil?

They are also providing drones for state and local police! Their Predator drones come equipped with infrared sensors, radar, heat sensors and video cameras. And DHS has awarded a contract worth 385 million to Haliburton, (who else) to build 'detention centers' on American soil.

It was also revealed that MRAPs, Mine Resistant, Ambush Protected vehicles (which protect soldiers against roadside bombs in WAR zones) have been proliferating among police forces all over America. In most police jurisdictions,  there has never ever been a mine detected! In some cases these 750 thousand dollar vehicles seem to have appeared as part of a local police force equipment, for as little as $2800. or have found their way to county policing for free! Either direct from the Pentagon orfrom DHS. And even where a local town population may be only in the hundreds the police have secured armored troop carriers, night-vision rifle scopes, camouflage fatigues, Humvees and dozens of M16 automatic rifles. Is there a reason for such armament in what could be correctly described as villages? In a lot of instances, one might assume the local police chief would like to be prepared, for whatever. But some are suspecting a nefarious reason for DHS to want locals to have equipment designed for all out war! 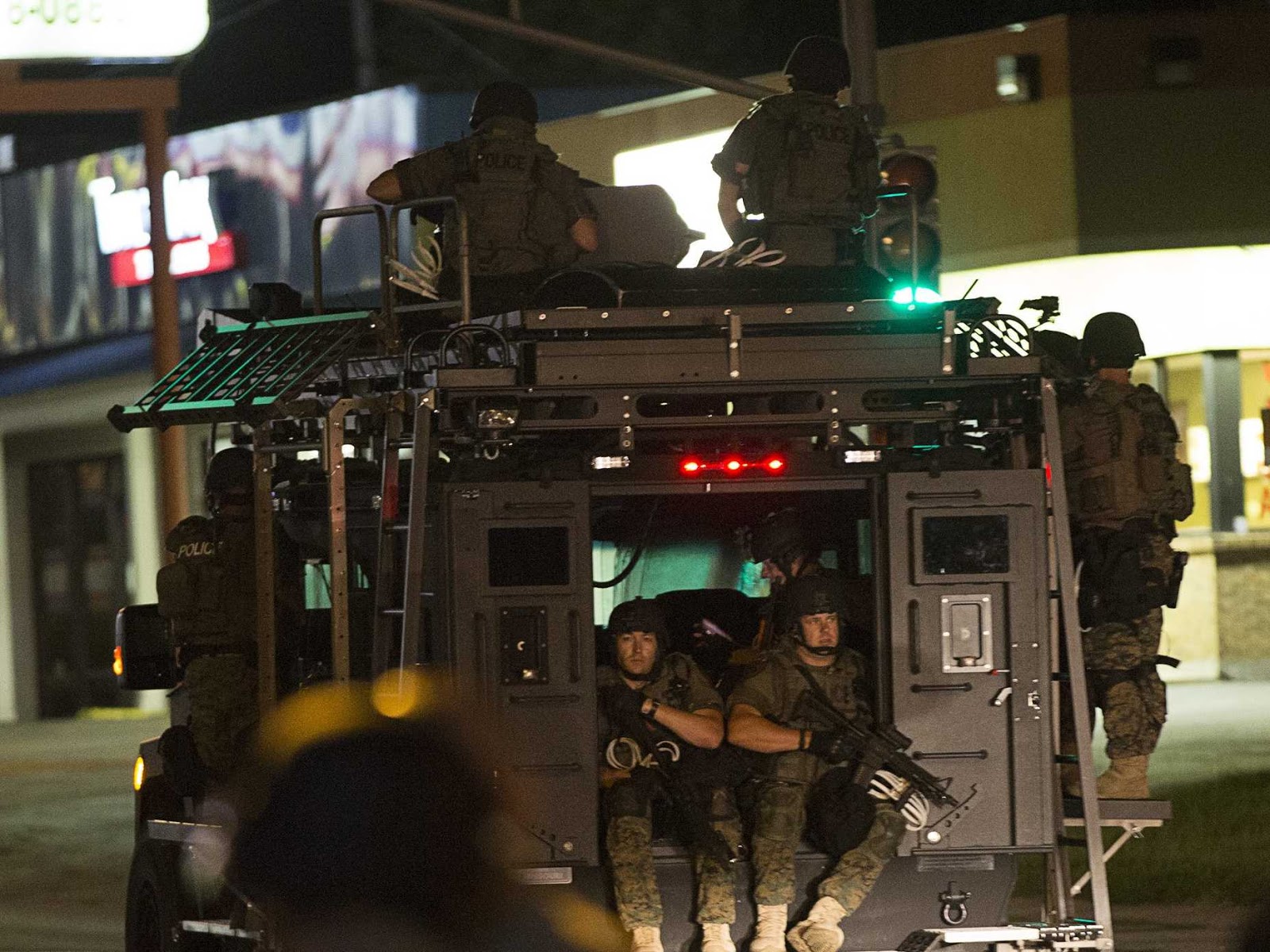 What is all this pointing toward?
Was the appearance of MRAPs in Ferguson, Missouri part of a carefully programmed plan to condition people to seeing these war machines in their midst? They are apparently in every state right now, from Seattle to Miami, Boston to LA. Ready for use against who?
The introduction of equipment designed for war in Fallujah, Iraq, to the streets of U.S. towns and cities raises questions about the militarization of civilian police departments. Will it make police inappropriately aggressive? Have we seen that in Ferguson from police with better armor than the US Army had in Iraq? Do you recall families buying body armor at home and sending it to their sons and daughters during the Gulf War?  Is the line between civilian police and the military now permanently blurred?

Perhaps it is perceived that home bred Americans who are just beginning to get acquainted with their situation are the threat?

Is a coup d'etat in the offing?
Being readied right now, waiting for something a little more explosive than Ferguson? Yes, a false flag operation that could incite violence in the streets? Was Ferguson only a preliminary to the main show? Something that can be made to go viral across the country and make the use of all this military power rational? A so-called uprising?  Resulting in more war zones across America to use a shock and awe action?
Causing the suspension of the US Constitution?
Will 'no-knock' warrants become common? Will we see these MRAPs patrolling the streets of our main cities, using psychotic faux policemen who are actually anxious to shoot on Americans?  How many of these 'policemen' would have been screened out of law enforcement in times past because of revealed social issues? Homeland Security learned through the use of Blackwater mercenaries in the past, that a certain mentality in military policing could be exploited. Was exploited in Iraq until they went crazy and started murdering civilians and independent reporters. In fact, hundreds of war correspondents were killed mysteriously in the Middle East.
And the question was presented then if these forces could be relied upon to fire on American citizens in their own homeland.

And we have recently seen that more journalists, perceive a war against their freedoms to report on happenings,  are now threatened within America, from Reuters to AP to the Washington Post to Al Jazeera to destroy their ability to tell you what is going on from the front lines. 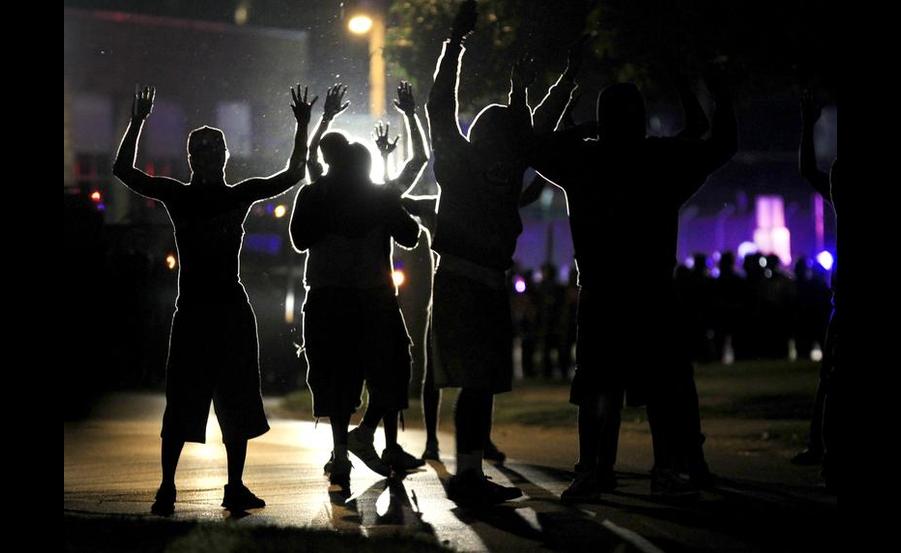 Will we see the instigation against black Americans first? To take advantage of the current jagged racial feelings between black and white by many in law enforcement? Incite them and instigate the spread of violence in order to implement a secret plan?

Many people now believe that whoever the American President is, from whatever party, they have no control over the proliferation of armed agencies within the government. Or what they are doing. And if the top commander in the country is powerless, who will defend the American people?
And who is controlling that secret cadre hiding in plain sight? Some believe it will emerge soon.

Is a para military coup in the offing?

Are YOU the target?

Posted by HelloWall at 10:44 PM No comments: