If she/he can make a bank cash withdrawal looking like this .....

.... can I make a bank cash withdrawal looking like this? 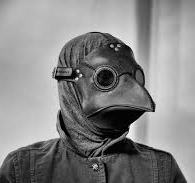 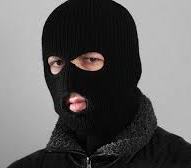 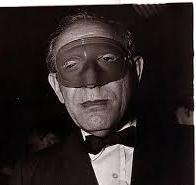 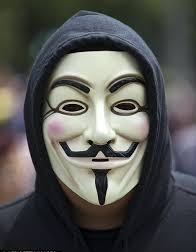 In Canada equality rules of course.


Posted by HelloWall at 3:00 AM No comments:

You must ask if your vote will count for anything. The Federal Conservatives under Stephen Harper have been in charge now for years and it seems to me that the direction of Canada is simply to go American. Whatever Obama is telling Harper to do will be what he does.

All they rail about is their own prescribed talking points, which are really only psychic estimates of what the others will do. ESP is wonderful and they'll be bending spoons next. In so-called debates they all agree to the questions beforehand, and probably the answers. The trick is to placate the population.

Under Harper we are now at war in a foreign land and being handed the American spin that our brave boys are protecting us from ISIS! Be reminded about the head of the CIA who testified to Congress that they had saved America from thousands of terrorist threats, then when questioned further said hundreds, and finally more pressure - ONE!
We have the TPP looming under Harper. Where a foreign corporation can try to sell us toxic goods for instance, and if we refuse to buy them because of Canadian law protections, they can sue Canada for us to take the goods, or sue Canada for the profit they would have made on those goods! Our nation is lost already!
But we hear the planted comments everyday on radio and TV, Mulcair can't handle money, Trudeau is not ready. If we stopped our stupid expensive war could Canada build a fantastic infrastructure in our North to aid the aboriginals who struggle up there without basics. And as a bonus assert our sovereignty in the Arctic?

Pierre Trudeau was dynamic and ready for anything. But the Liberal party's history is one of corruption and scandal. Why should we think they are better today? Do we want a Chretien or a Martin type government again? Do we forget that sponsorship scandal?
And the Conservatives. Have we forgotten Mulroney, Duffy and Wallin? Do we ignore Maxime Bernier whose girlfriend had connections to the Hells Angels and he left classified info about NATO at her house?

We only hear from these two about what Mulcair WILL DO if elected Prime Minister of Canada. But he has just not had the chance to screw up yet. The others have had multi chances and do the same things all over again because WE the populations are too stupid to vote them out!

Shouldn't we treasure our votes for their potential effectiveness? Studies show that people usually vote as a protest, not FOR something but against it. Here's an example that could count:
Harper's government closed THREE coast guard stations in British Columbia, while at the same time, opening a new one in Atlantic Canada. Putting boating safety here at risk. All the time not a single word from a BC Conservative to defend their own province. They were quiet to a degree of ridiculousness! Can we believe a thing they say now? Nope.
Use your vote wisely and think of what would happen if ALL 8 Conservative seats in BC were tossed out? That would be a message impossible to ignore and set a precedent for all of Canada.

So what would people in Canada want to vote FOR?

Lots. Canadians overwhelmingly want food labeling. They want to know if Monsanto has its toxic chemicals in their food. But not a word from any candidate on that subject.

They want Canada to return to their earned and respected role as Peacekeepers in troubled lands. They DON'T want Canadian soldiers joining in futile and expensive wars in foreign countries so America can steal their oil. Anything on that? Nope.

They want our own citizens to prosper wherever they are, and that includes our native Canadians in the Northern regions who have a terrible struggle. Is it fair to give immigrants a huge benefit as soon as they arrive, while ignoring Canadians who are born here?

They want us to protect our sovereignty and to stand alone if we have to against the trend toward corporations taking over the world. Canadian law should be ironclad, it was made for us and a signature on a line should not eradicate it? Don't sign secret agreements that give it up! Politicians have no mandate to betray the electorate!

They want the greatest wild salmon run in the world to continue instead of allowing foreign fish farms to taint our pristine waters and destroy it for their own profit! (even in their own countries they have to farm salmon on LAND!) Anyone talking about that for a vote? No. (I forget who was in charge and ignored the scientists' warnings about the total collapse of the Grand Banks cod fishery?)

They want honesty in presenting a proposal. The Northern Gateway pipeline used a distorted video to show a corrupted picture of the bitumen being shipped through the narrow Douglass Chanel as if it was open sea! No one in federal politics refuted the blatant misrepresentation of the truth.

They want the facts when a treaty is presented for an international agreement. Canadians are not stupid unless kept in the dark. They want to know that we are not giving away the whole store to Petronas on gas or China on tar sands oil for the benefit of a few.

They want to know the government is going to spend their money wisely. We don't need more decrepit submarines from WWII England. Or F35s at 35 million each that the US Military says is a dog and refuses to buy! Any candidates talking about spending tax money to build Canadian industry or is it just too easy to dump our resources offshore.


Most of all they want integrity.

One might assume that integrity is lost in politics in Canada. (and pretty much anywhere else too)
But do we accept it? We don't have to. If we have that great strong Douglas Fir lumber that Japan needs will they stop buying it and buy Brazilian balsa wood if we don't sign TTP? Nooo. We need to negotiate any international agreement from a position of strength, not weakness. And certainly not accede to the rich corporate point of view.
If you see an agreement promoted by a politician that seems to go against all Canadian values .... you might as well believe that a fat brown envelope stuffed with cash was passed beneath the table. It is just the way international politics is done. But it is cheating the voter who put that person in power.

So what do you expect when and if you vote? Change, or same old same old? Don't expect change if the same shadowy back-room boys are still running the parties! Some even say you should vote ONLY for an independent candidate. Some merit there because you KNOW he is going to do what you tell him. And the party candidates can say anything they like while running, but you know they will clam up and behave later and represent the government TO you instead of representing you to the government once there.

I can only think of one female in government years ago when Carolyn Parish was asked by an American TV personality why Canada was respected and the USA was not. She said, "Because we don't go around the world pissing everyone off like you do." Succinct. I liked her.


One last - if it was decided by intelligence and grasping of the facts and real issues, Elizabeth May would be Prime Minister on October 19th.


For now, have a look at why a man in England refuses to take voting seriously. Don't mock it until you see it all. Respected Jeremy Paxman talks to Russel Brand about voting. Listen carefully and do not dismiss Brand for his look as he gives Paxman a lesson in the politics of voting.
Closed minds need not enter.

You voting?
I am not sure either, but I might be convinced.