Posted by HelloWall at 9:37 PM No comments:

Somewhere, within 2.97 million square miles. Kuala Lumpur to Beijing. 227 passengers and 12 crew. A Boeing 777 disappeared without a trace. And the largest search in history is underway.
And there are questions everywhere.

Is it credible to suspect a larger conspiracy here? That includes human intervention? 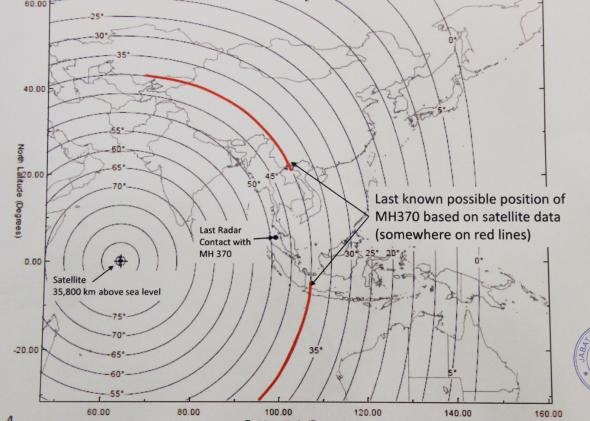 Could a flight sim be run by a thumb drive for instance, so the information taken off it be sidestepped from the recording hard drive?
Pilot and co-pilot so far show no signs of suspicious activity preflight or since. (except for one photo I saw where the Captain wore a Tshirt saying 'Democracy is dead') And what about the other 10 on the flight crew? How much investigation is being done there? What about passengers? We know two Iranian men were aboard with stolen passports? Where were they really going? Who else could have been flying undetected?
Would the plan have been to steal a whole plane? To be used for what? Filled with explosives and sent to a target? Even loaded with a nuclear weapon and aimed at a whole city? Israel is currently on high alert for incoming aircraft. Who else should be frightened? Where would that attack come from?

Once the cockpit is accessed, a trained killer let in by that conspirator on the crew, could easily murder the two pilots in seconds, before they could send any signal about highjacking or even speak an emergency word.  Or a distress call. Then the perpetrator could easily have sent that, 'alright, good night' voice message.
A simple reprogramming of the flight plan coordinates takes less than another minute. Then that hard left turn and heading into oblivion. Turning off the transponder is seconds. Satellites have set an arc based on the last signals from the plane.
But a human had to have been flying the plane, changing its direction. They know it crossed back over Malaysian territory, into the Straight of Malacca. Then to avoid flying over North Sumatra, it would have had to adjust direction again, northwest, to avoid Indonesia, then another hard left turn for a south heading into the vast Indian Ocean!
IF, that is where it went?

The airplane descended to 10,000 feet, to avoid certain radars? Known as terrain masking.  And shorty after ascends to 45,000 feet, (military height?) and high above the recommended altitude for a Boeing 777, perhaps neutralizing all the passengers trapped in the cocoon? The fact is that the passengers may have been blissfully unaware of any of these altitude or directional changes.

Searchers are now everywhere along that huge arc. But only in the south ocean. And it seems like there is simply nowhere to go. Nothing much down there until you get to Antarctica and then only penguins. But the north is much more interesting. Yes?

Consider this:
If the aircraft follows a route west along the equator, instead of turning south, perhaps out of range of Northern Hemisphere radar, it could easily at some point turn northward again over the Arabian Sea and head for where? Oman? Somalia? Iran? Yemen? Pakistan?  Even America's supposed friend, Saudi Arabia.
Virtually all of those countries have been connected to terrorist activities, either by open support financially or training facilities or harboring fugitives.  And most of them have tacit approval of certain factions at work within their countries which is seen as deception by the West. Pakistan being at the head of the list. And Pakistan already has nuclear weapons.

So what happens next? The ground crew of this conspiracy is waiting for the landing in whatever country? Perhaps still piloted by a terrified captain? Crew is ready to hide the stolen aircraft in a secluded hangar secure from spying satellites? Local people would hear it or even see it. But would people in any of those countries speak out about a mysterious airplane landing in the night? Why would it be mysterious? Do people know commercial flight schedules except when they are flying themselves? Is there anything appearing suspicious about a commercial airliner arriving? People just keep their mouths shut in these places. 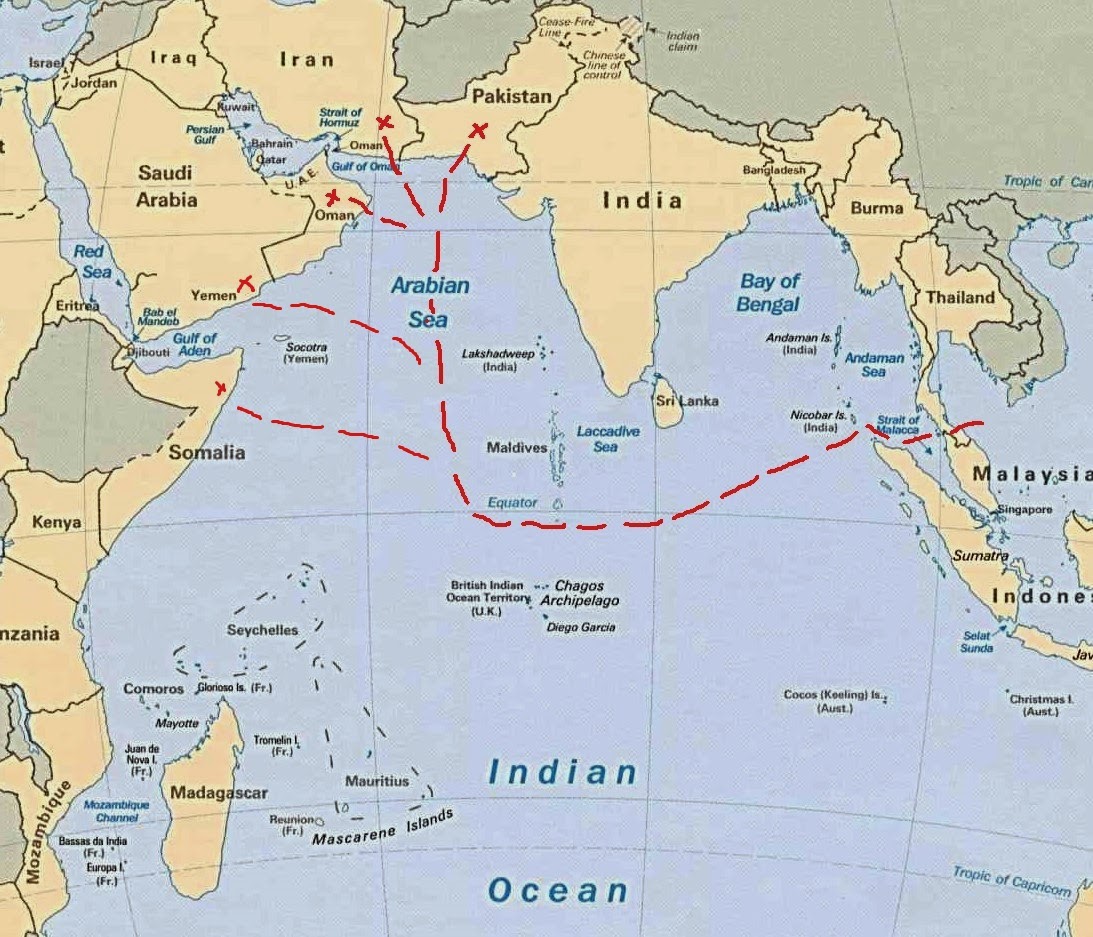 Whatever the purpose of Malaysian Flight 370 flying off into nowhere, it could be someone activating a carefully and brilliantly thought out plan, maybe in the making for years.
If so we have all the more reason to be alarmed.

Nothing is too radical.


Human intervention brings to mind only another question: Who do we trust?

Nothing is too radical.


addenda: Mar 26. A French satellite has spotted what appears to be many pieces of debris in the South Indian Ocean. Australian ships are heading there to identify it now. After many false alarms,  and thousands of private searchers using Tomnod and seeing thousands of UFOs, (Unidentified Floating Objects) in the vast ocean, could any of it be the remains of MH370?
So far nothing discounts my theory of a stolen plane by persons unknown And the suspicion of a false flag operation lingers.

addenda: Apr 18. Even though there has been some suggestion  about this flight moving toward Diego Garcia, it seems like the MSM is quick to discard it. But if this plane WAS heading to that atoll for a landing, it would certainly be shot down before it got close and IF that was the action taken, there would be extensive measures to cover up an action that took the lives of hundreds of passengers.  And where it might have really gone down.
However, there is still the scenario that those on Diego Garcia knew it was coming and what it may have contained. In which case any action would still be shrouded in utmost secrecy. The passengers disposed of, and whatever agents or precious cargo aboard, taken off and disappeared.

addenda Dec 15. Facts continue to emerge. Especially the one which now says that the Malaysian Government didn't want to know about radar tracking of the flight? Their delay and lack of interest in the information is fueling the fire of conspiracy theories surrounding the disappearance of MH370.  Conspiracy theories include hijacking, attacks from extremist groups, cockpit fire, and that the Malaysian Airline plane that was shot down in Ukraine was actually MH370 and not MH17!
But this 5 day delay spawns yet another theory.  That a certain time was needed to substitute another aircraft for MH370. IF MH370 was destined secretly to fly to Diego Garcia, for instance, another plane could easily have taken over the transponder codes and signals to imitate MH370, from it's perceived route south after passing through the Malacca Strait and simply flew into the Indian Ocean before turning all electronics off and going elsewhere, all the while a radar silent MH370 lands on Diego Garcia and is quickly hidden. With the secret military cargo that the Chinese thought they were getting from Malaysia.

Posted by HelloWall at 4:03 PM No comments:

Smile, GCHQ is watching you


Even doing sexy things in front of your webcam?
No, not me, don't worry I turned it off.
Yes, worry, that doesn't make a difference, they can turn it on again without the little telltale light! They ARE watching you! 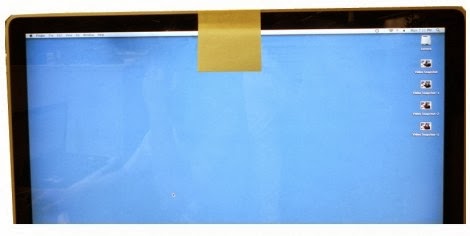 It used to be that encouraging someone to tape up their webcam to keep the government from watching would sound like the paranoid advice of a conspiracy loon. Well, it might be time to bust out that tinfoil hat. In another discomforting development concerning governmental snooping, the Guardian has revealed that British Intelligence agency GCHQ, in cooperation with our friends at the NSA, have been watching and recording the webcam images of millions upon millions of users of Yahoo’s video chat service.

The program, called Optic Nerve, was started in 2008 and remained active into 2012, according to documents leaked by NSA whistleblower Edward Snowden. The bulk images include many of a sexual nature, which the documents reveal were hard to keep GCHQ staffers from gawking at. The NSA has restrictions (for what that’s worth) on the kind of data they can gather on American citizens, but the GCHQ has no such restrictions, meaning these images very likely include the private conversations and interactions of British and US citizens.

The program was apparently meant to develop new techniques and algorithms for facial recognition and picking targets. (Targets? Really?) It gathered (gathers?) one image every five minutes, possibly to avoid violating certain privacy statutes, but more likely to keep from crashing GCHQ servers. It’s one more in a long string of uncomfortable realizations about the deeply invasive spying apparatus Western governments are pointing at their own citizens.

The revelations are likely to get worse, and it seems very unlikely that programs like this one are limited to just Yahoo or the UK — since Snowden’s documents only go up to around 2012 at the latest (that’s when he divulged them to reporter Glenn Greenwald), it’s also very possible this program is still up and running. (Duh, like really?)

And if you just bought a new TV set? It might be that a hidden camera is planted somewhere behind your TV screen too, watching you watching it. Throw a whole blanket over it if you don't want to end up in the 'lust' room deep in the bowels of GCHQ.  I wonder what would happen if someone published pictures of a Senator or Parliamentarian's wife or daughters, for instance? Would that even wake the public outrage?

And you must know by now if you live on Earth, that the spy-on-you technology is exponentially growing and someday it might be your refrigerator that notifies the Stasi that you cheated on your rations.

But of course, YOU are not doing anything wrong, then what could it matter?
Sure. Go to the front of the gullible line and be respectful.

*based on Pete Brook's article in Wired.

Posted by HelloWall at 5:28 PM No comments: