Do you remember the idea behind this? You were supposed to be able to pick and choose your own TV stations. Eliminating all that chaff that was included and that you had to pay for because some rich buddy of a CRTC buddy started an inane TV channel and got it listed.
Remember Superchannel? What was super about it? It played C movies or videos that didn't sell anywhere and old Opie episodes!

So before we had this revelation of being able to pick and choose TV fare at home, you had and were paying for Toopy and Binoo as you searched at 2am for something to watch. How many episodes of The Honeymooners haven't you seen? The only thing left to do at 3 am is take a flashlight to your TV screen and try to see where the embedded camera is that is watching YOU!

But what I don't get, is why, if we can receive Hi Def channels, we need three extra ones from the same broadcaster?


So look what I get, THEN have to add expensive individual choices to them ....
If I have ABC HD why would I need another ABC? That applies to ALL the HD channels. Don't need the duplicates. I don't even know what AMI TV is, and surely I do NOT want the French edition. Same with CBC. No French, no third listing!  Never heard of Krem2. Might keep it if it is from the Kremlin. CTV has FOUR in this list. Give me just ONE.
Cpac? Now that's funny but there are better comedy channels than the jokers in Parliament.  Omni? again, they can stuff French down my throat all they want and I won't even TRY to understand what they are saying! Cancel them. 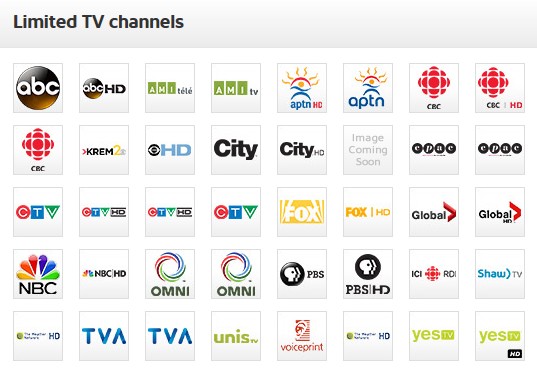 Nothing much here is for me. The bottom eight on that list can all go back to oblivion.

So. If I COULD pick out of all those 40 channels, I would only want 11 of them and that even includes keeping the Shaw) channel !  (I might reconsider Fox, because they are sort of comedy really)

Of course you can see that these would be perfect for me, without all the duplication and foreign languages and probably cost way more than I am paying now. I feel no obligation to support any channel that I will never watch. If you want a childrens' babysitter channel, go for YTV. I liked the Muppets when they were more adult. And out here in Hongcouver I am sure Mandarin and Cantonese channels will sell. But not to me. Of course if you are a displaced Quebecker grab all that French content with your cigarettes but I don't believe Maillardville has any French speakers left out there, so what's the point?

If you like sobby love, go for CW and Lifetime. H&G if you like tools and Norm making everything perfect because he has the Fixer500 Super emulsifier to make that cabinet for Wifey, (not THAT Wifey) but strap on your hammer and watch.
If you love William Shatner in his prime, go for SpaceTV.

This seems to get to that point where the channels will cost $200 a month! Defeating the whole idea of you picking channels that you really want for fewer dollars. And they KNOW that most channels are crap but now they don't know what you want because they've been forcing inferior channels on you all these years!
So 30 of the so-called basic channels are needless duplications. Or foreign language. Yes I am patriotic and understand the National dual language thingy, but if I don't understand what they are saying I don't want it taking up space on my choices!

No wonder that so many are dropping their TV provider totally and going to Netflix or Popcorn and all the streaming internet channels instead. 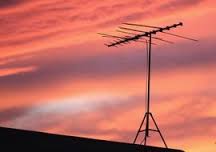 Too bad we can't go back to a TV aerial atop our roof and grab the programs floating past in the air. Oh no, that was too much freedom for the people and too threatening for governments as anyone could send out signals, and you might hear or see something you're not supposed to, causing them to set the sun on broadcast television so they could control everything you see.

Do you get that Shaw will get the same money and more from letting me have some REAL choice? Some human somewhere has decided what I need again. If one is good then four is better? Am I supposed to use the extra channels of the same content just to see if they are synchronized? It is not about adding channels, it is about dumping them! I get it and you get it but the CRTC doesn't!

And you see, everything is still a 'bundle'. I cannot just add HBO on its own for a single additional price. Why not? Because without HBO towing along some other dud channel friends of friends don't get that money.


I might get better entertainment content by putting a spoon in my microwave and calling it Burno and Sparky.