Yes, they're a little pissed off. Many of the European Union states have already lived under a system of constant surveillance, suppression of rights and spying, so they have intense feelings about it, where as the so-called open societies in America, Canada, Australia and Britain continue on in a fog of disbelief and an 'I'm doing nothing wrong' attitude.

Are we cool with spy agencies doing illegal actions to watch us? Are we okay because they're after someone else? Are we acceptable to incarcerating people without charges and a court of law? Are we ignoring secret court decisions and actions? Are we allowing ourselves to slip into a monitored society without the standards of freedom so many fought for in our recent history? 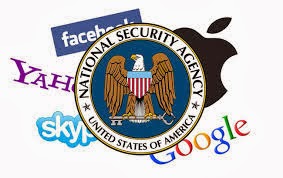 Are we past the tipping point?

The FBI has been cheating for so long now they think it is normal behavior! Take a while to watch a most interesting and revealing video about the 1971 break-in at an FBI office by activists at a time of turmoil in America. Did it have a lasting effect or was it only a flash? Watch it and comment.


John Raines, Bonnie Raines and Keith Forsyth; their attorney, David Kairys; and Betty Medsger, the former Washington Post reporter who first broke the story of the stolen FBI documents in 1971 and has now revealed the burglars’ identities in her new book, "The Burglary: The Discovery of J. Edgar Hoover’s Secret FBI."
Posted by HelloWall at 1:52 AM No comments:

NSA vs Snowden vs You?

Watch a wrap-up of the 2013 revelations about Edward Snowden, the NSA, Glen Greenwald and the reporting news organizations. Then make your own decisions with some knowledge of the events.

Posted by HelloWall at 6:58 PM No comments: