The US plans on withdrawing all troops from Iraq at the end of this year. Leaving the Iraqis to run their own country.
Today there were bombings all over the troubled nation. In a dozen cities using a combination of parked car bombs, roadside bombs and a suicide bombers driving vehicles. It seems there are no secure areas in the whole country. The scope of the violence is only increasing in spite of the Iraqi and US forces. Even within the so-called Green Zone, of Bagdad suicide bombers are able to move about, coordinate their people and kill when they want.

As the American effort winds down the question looms larger than ever; Can Iraq govern itself? It is like the religious groups are just waiting to begin their civil war. Only this time Iraq will not have a strong Saddam Hussein directing an army to control the insurgents. What will happen to all the building and infrastructure implemented by the US? It looks to many as if Iran will play a large role in cooperation with Syria to allow control of this huge and valuable part of the Middle East. Iraq has a huge portion of the known oil reserves.
In this 'George Bush War' as some call it, the question also haunts the West whether leaving Saddam alone and dealing with him would have been the realistic and sane answer. Indeed, the best strategy for peace. Alas, it seems GW Bush was intent on vengeance over sanity.

In Afghanistan, a similar scenario awaits. The Taliban are stronger than ever. Al Qaeda operates freely. The control of the country centers in only a small part of Kabul. Everywhere else is intensely dangerous. The poppy crop is burgeoning and opium production is higher then ever before, some even suspect the CIA of encouraging it. While they use armed spy drones near Pakistan to try to limit the expansion of the insurgents.

President Hamid Karzai, the inserted ruler, has little control, is often refered to as the Mayor of Kabul because his influence is so limited, and is also suspected of actually working against the US. But he fled the country once before and is totally likely to follow the US troops out whenever that happens again. Leaving what?

Of course Afghanistan will descend quickly into tribal conflict with warlords, drug cartels, Taliban and al Qaeda all tearing it apart once more. The country will go back 200 years overnight.

And what will be the legacy of these costly adventures in muslim countries? Perhaps only a newly inflamed hatred of the West, and especially the United States.
It seems that the correct and safe strategy in Afghanistan would be to let them sort it out themselves, no matter how hard it will be to watch from afar, and then deal with the winner, who no doubt will be a strong brutal leader, and who has democracy furthest from his intentions.

In Iraq, the new hope to deflect the efforts of Syria and Iran would seem to be a new Sunni leader, like Saddam, someone who can keep the Shiites at bay and Iraq's two volatile neighbors inside their own borders.

It remains to be seen if the shadowy cadre of insiders in the US government will allow anyone but the Saudis to control the oil flow into the US and anyone but their choice of who supplies the bulk of heroin into America. And it is all above and beyond the input of a US President, that control is already gone.

However it works out, the sad conclusion drawn by many is that these American adventure wars which cost so much in brave young lives may have been all in vain.

It IS time to leave.

The world is spiraling downward. The stock markets are actually crashing. The US had its credit rating lowered for the first time in history. Canada is doing just okay but pundits all say we'll be close behind America when it plunges. Dragged down with Italy, Greece, Spain, Portugal, Ireland, and others on the brink of something bad. And no one seems to know what to do about it all.

Well correct that ... lots of people know what to do, but the power brokers in charge of actually doing something aren't about to upset their own plush limousines.

Do you believe it? China has actually warned the US to watch its step and get its act together. China.
OMG. Shouldn't that be the exact opposite? Shouldn't the Western world be warning the backward countries about their spending behavior? How did China emerge with so much power?

Well, the truth is, the greed of the West gave it to them. For example, years ago Canada sent technology and effort to China to help them mine their minerals and ores. By building the mines and mills and sending them equipment necessary to produce goods from those ores.We knew how to do it, they didn't. Then they weren't able to transport those ores to the mills so we sent them all those huge Euclid trucks. To help them out. All free. Paid for by the Canadian government. America did exactly the same thing countless times. So China got the product out of the ground, built their own factories, and set about undercutting American factories and bankrupting the economies of North America!

We as a free enterprise democratic society condoned the actions of the few rich who needed to do 'business' with these Marxist Communists. To sell them stuff. Any technology the West didn't give the Chinese they simply stole through industrial espionage. All this while they suppressed and oppressed their population with the brutality of their regime. While we looked away.

Nixon opened up China and is heralded for that. But by who? The billionaires who added to their fortunes with deals in China. Those inside deals enriched a very few while destroying workers at home. And it went round and round until today the Chinese hold the debt balance for America. They have successfully destroyed the North American steel industry, the manufacturing industry, high tech is going or gone, nothing left but the pizza shops and Wendy's. Farming controlled by Monsanto. Health by offshore pharmaceutical corporations. Even space is being taken over by Chinese rockets!

The Arabs hold the other half of this equation by strangling us with artificially high oil prices. Courtesy of their confidant, George HW Bush. The Tea Party Conservative Republicans pound away at Obama without a single mention of the costs of the two wars they started. Estimated by the end of this year to be 1.3 TRILLION dollars! Isn't that almost what the US is in debt for?

It's like the powers that be are lining up their tanks in a row to bring down the world so they can emerge as the keepers of the New World Order. The consequences too frightening to imagine.

We did this to ourselves by allowing power and greed to take precedence over home interests. We dealt with the Devils in China and Saudi Arabia who tore apart the fabric of what was a proud world-leading America. The home-grown foreign devils in America might be the losers, however. If there is nothing left to control who wins?

If the world plunges into chaos, we have only ourselves to blame for our complacency and acceptance of nefarious doings at our expense. We did this by ignoring the phrase, power of the people, for the people. It is not rhetoric, it is truth.

Posted by HelloWall at 11:53 PM No comments: 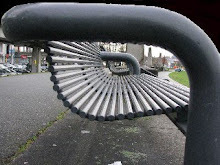