From an article of a freelance writer, She just won't go away.

Ms. Clinton is out pitching her new book, 'What Happened' - her vision of the reason for her dramatic and unexpected loss to President Donald Trump. It is the latest in a series of planned and scripted events designed to blame everyone but herself for her stunning loss. - according to Slate reporter Daniel Politi.

The former candidate said she was gobsmacked by her loss to Trump. 'I went into a frenzy of closet cleaning and long walks in the woods, playing with my dogs, and as I write - yoga, alternate nostril breathing, which I highly recommend, tryin' to calm myself down. And, you know, my share of Chardonnay. It was a very hard transition. I really struggled, I couldn't feel. I couldn't think. I was just gobsmacked, wiped out.'

And she was scripted and rehearsed for that response to CBS' Jane Pauley, a long time friend and admirer of Ms. Clinton and thus a safe and compliant interviewer. Scripted and rehearsed right down the the use of the term, gobsmacked. Which is a a term not common in Ms. Clinton's lexicon but one finding increased use among Ivy League elites including speechwriters for Ms. Clinton. Gobsmacked may be a clever phrase but her use of it reinforces for all that she is less than genuine.

Greg Jarret of Foxnews has accumulated a list of twenty-six and/or events to which Ms. Clinton has assigned blame for her loss - none of them include herself. The list does include the traditional Democratic bugaboos - racism, misogyny, sexism, as well as the current themes - the Russians, former FBI director James Comey, Mr. Trump, and on and on. The only two things missing from the list appear to be former President Barack Obama and the Muslims. 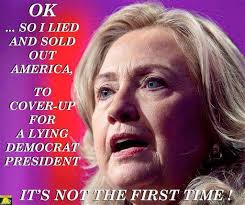 Republicans have provided their own lists. Most of these lists center around Ms. Clinton's corruption, (Whitewater, futures trading, the private email accounts and server used for State Department business, the missing 30,000 emails, the Clinton Foundation Pay to Play allegations, lying, stonewalling, Benghazi, etc) Some note her lack of accomplishments despite the heady positions she has held. And still some others refer to a list of campaign mistakes centering on where she did or did not spend her time and campaign funds.

Yes, Ms. Clinton has accepted nominal responsibility for her defeat. An acceptance that is then followed by the enumeration of all those people and the factors she actually blames. In an address to the Code Conference in California in May, Ms. Clinton stated - "I take responsibility for every decision I made, but that's not why I lost."

But all of these miss the mark. Ms. Clinton is easily the least authentic person to ever reach national prominence. In the last twenty years there has not been a public moment for Ms. Clinton that was not tested, scripted, choreographed and rehearsed. Not just what she says, but her movements, her facial expressions and even her regional dialect and slang. But the American people, despite her disdain for Middle America, are perceptive. A classic moment for Ms. Clinton occurred during the primary season in a restaurant in Iowa where she stood off to one side of the crowd that gathered, ignoring them one and all until the lights came on and she donned her smile, her hearty laugh, and 'locked-in' gaze  with each person to whom she spoke. And when the camera lights went off, Ms. Clinton was one again detached and remote.

The last authentic moment for Ms. Clinton was the fit of rage she disgorged on election eve. Alone with her family and senior campaign staff, Ms. Clinton awaited the inevitable confirmation of her inevitable election to be the next President of the United States.
When she lost Florida and North Carolina and her 'firewall' states, (Michigan, Wisconsin, Iowa, Ohio and Pennsylvania} began to crumble her anticipated elation gave way to rage. She cursed, threw objects, assaulted John Podesta and her husband, former President Bill Clinton, railed about the unfairness of it all, and cursed any and all who failed to deliver her to victory. It was genuine emotion - a particularly ugly emotion, but genuine nonetheless.

What made it even worse for Ms. Clinton is that because of a collaborative relationship with the mainstream press she got away with this scripted persona. Only those in the media predisposed to play 'softball' with her (even to the point of sharing the questions to be asked before hand) were permitted interviews. In live appearances should someone deviate from the norm of adulation, Ms. Clinton donned a grimaced smile, provided a flip answer and walked away from the microphones. (Remember, Ms. Clinton's first response about her use of a private email account and the destruction of emails - they were about yoga classes and her daughter's wedding - and her quick exit from the microphones when more difficult questions were asked.

But the American public was never fooled. We have all encountered phonies in our lives and it generally takes less than a millisecond to recognize them. And our reaction to them is pretty common - we don't trust them, we try to avoid them, and we never willingly invite them. 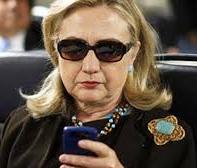 Ms Clinton is not alone as a well-rehearsed politician but she is so much so one that she has become a caricature. She earned the defeat she suffered.
And she has earned the infamy of her moniker, 'Crooked Hillary', forever.


Say what you might about President Trump. Love him of hate him. In the end most breathe a sigh of relief, 'At least he's not Hillary.'